The people and minds behind your discount debt collection agency.

As a family run business, we hold each other accountable, so that you, or debt collection client, can hold us accountable.  Meet the core team that drives Commercial Receivers, Incorporated. 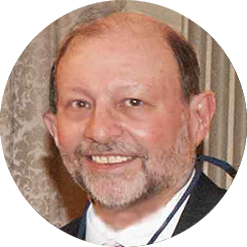 We mourn the loss of our founder, Robert I. (“Bob”) Wall, on January 26, 2018. In 1982, Bob founded Commercial Receivers Incorporated as a young, married man, with a three-year-old daughter and six-month-old son. Three years later, his wife, Carol, accompanied him on his journey, and for nearly forty years they have owned and managed a successful commercial collections agency.

Prior to founding Commercial Receivers, Bob was raised in Bronx, New York, and graduated from The City College of New York with a degree in political science. He spent his early post-graduate years in photojournalism, working first as a freelance magazine photographer and later as the staff photographer for The Arizonian. His portfolio ultimately led to his obtaining Secret Service clearance to photograph President Gerald Ford, subsequent presidents Ronald Reagan and George H.W. Bush, and Israeli Prime Minister Menachem Begin.

After a successful career in photography, Bob’s interest turned towards the field of commercial finance and commercial collections. He envisioned a company that was much like the neighborhood he grew up in — a family-owned business where he knew his clients personally and, in turn, his clients knew him. Few people are as dedicated to their cause, as tenacious, as naturally business-oriented and, above all, kind, as Bob was. To top it all off, he could tell the best jokes around, and not one day went by when he wasn’t cackling over some new gem, or remembering an oldie-but-goody. While Bob will be deeply missed by all, his vision and unwavering dedication to an agency dedicated to collecting accounts for creditors at the lowest rates while providing thorough and complete service will be continued through the efforts of his family. The same warm, personal service will be extended to all. 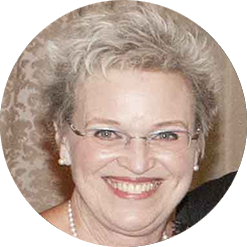 A native of Richmond, Virginia, Carol attended Virginia Commonwealth University. Her career began in banking at Bank of Virginia. She initially cut her teeth in the Investment Department assisting in the purchase and sale of Federal Funds for the bank. Later she transferred to the Real Estate Department making home loans. Her next assignment was in the Trust Department assisting in the management of trust accounts. Her last tour of duty came in the Public Relations Department under its director and reporting to the chairman, assisting in the production of the quarterly reports, annual reports and the in-house news letter. She helped with arrangements for the bank’s annual meetings and special meetings of the boards.

Her career at the bank ended when her husband, Bob, started Commercial Receivers in 1982. Once it was underway, he said he needed her in his own public relations department so she hung up her banker’s hat, stepped into the realm of collections and has never looked back. For her, it’s been a great feeling of pride and accomplishment helping to grow a business from the ground up. As she says, “It has been both very challenging and gratifying!”

In her spare time, Carol has shown her dogs, at present one award-winning Scottie and one perpetually happy English Cocker. 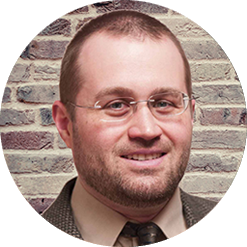 Eric V. Wall Graduated from Virginia Tech with a degree in Business and Information Technology. He has worked for Commercial Receivers as a commercial debt collector, programmer and general, “go-to guy” for technical assistance since 2003.

His hobbies include playing pool, building computers, tinkering with electronics and surfing the Internet for interesting facts and content to discuss around the water cooler. In 2015, Eric participated in the APA’s (American Poolplayers Association) National Tournament held in Las Vegas where his eight-man 8-ball team came in 17th place (the top 2%) out of approximately 730 teams. 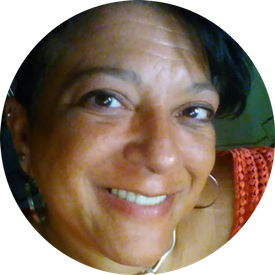 Although her initial path was elementary education, she soon found herself in the world of finance as a Credit Manager for a local motorcycle dealership. However, she had a different passion for people and service and as fate would have it (thanks to her mother seeing the ad), she found her home at Commercial Receivers Incorporated in October of 1989.

Although the company’s success is based on collecting debts for other companies in need, Ursula’s expertise is collecting clients. In fact, the current client base is comprised of companies that she has pursued and serviced since her arrival (national and international as well). Her passion is people and communication and that has translated into a successful portfolio of folks that count on Commercial Receivers Incorporated for all of their collection needs as well as just good advice.

She is a notary public, an Ambassador for the Virginia Hispanic Chamber of Commerce, is FICO certified, as well as a certified VHDA First Time Homebuyer Trainer.

When she is not in gathering or training mode, you can most often find her doing something musical. She has performed up and down the east coast as a solo performer and with different bands. Her accomplishments include performing at the Apollo (NY City), musical theater productions, a solo CD, and radio and TV appearances as well.

Her motto is “we can show you better than we can tell you, let us SHOW you what we can do for you today.”

Ursula welcomes your calls or emails at any time. We are anxious to be of service to you, you just need to let us know what you need.